The Summer as it Comes to an End

Let me start by saying, THANK YOU to everyone who is walking the journey with us. July turned out to be an interesting month. We met folks, were able to help out at a couple local churches, and then the month ended rough for me as I (Chris) ended up a sick.

In short, I had been on a health fast to help my body detox and the following week I went into the doctor for some blood tests. During the blood draw I passed out violently. This has happened before, so we had taken precautions and preventive measures, but alas, it happened again. I did not feel good at all afterwards and with my immune system already compromised, I ended up sick.  The last week of July and the first week or  two of August I was sick and recovering. It was not fun! So, my apologies if for a couple weeks you may not have heard from me, received email responses, etc.

In August, we had made plans to take some time of rest, and with that traveled and took our kids on the “Great American Roadtrip”. Years ago, we had written out some plans, but they never happened and with moving out of the country we decided it was time! 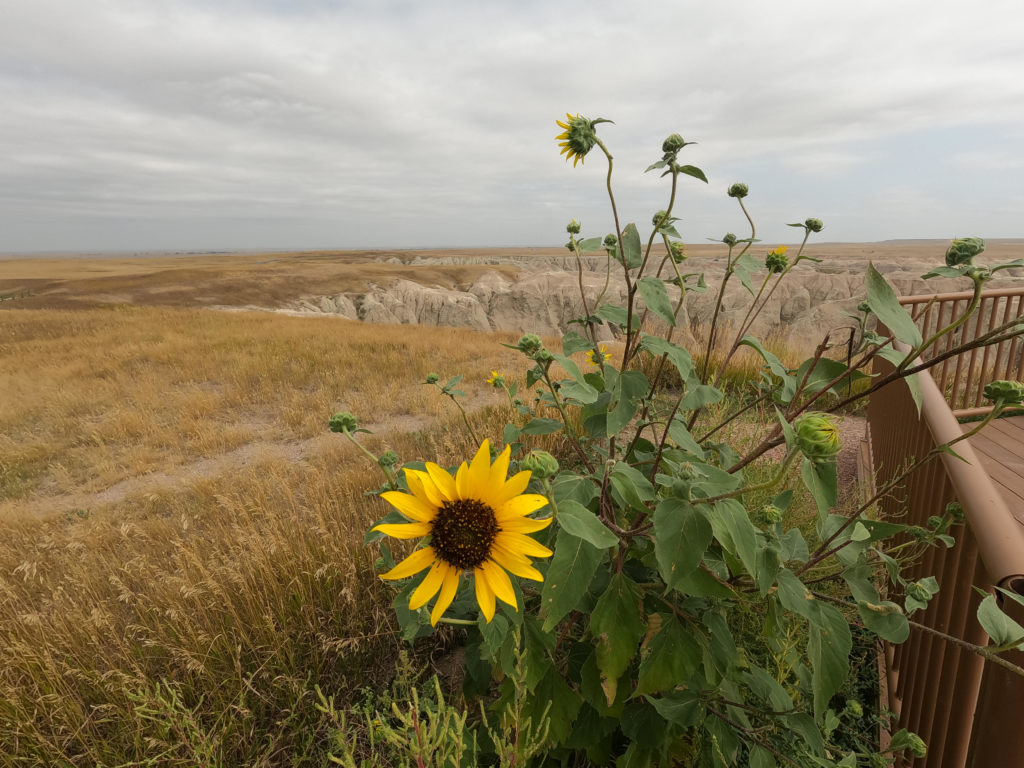 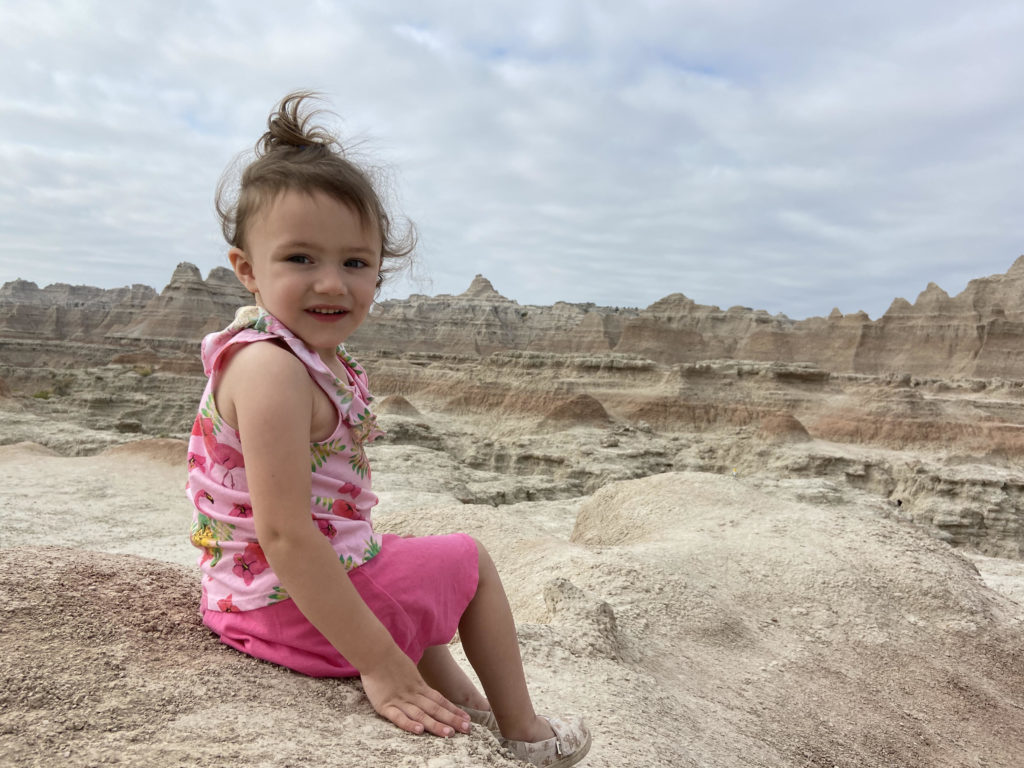 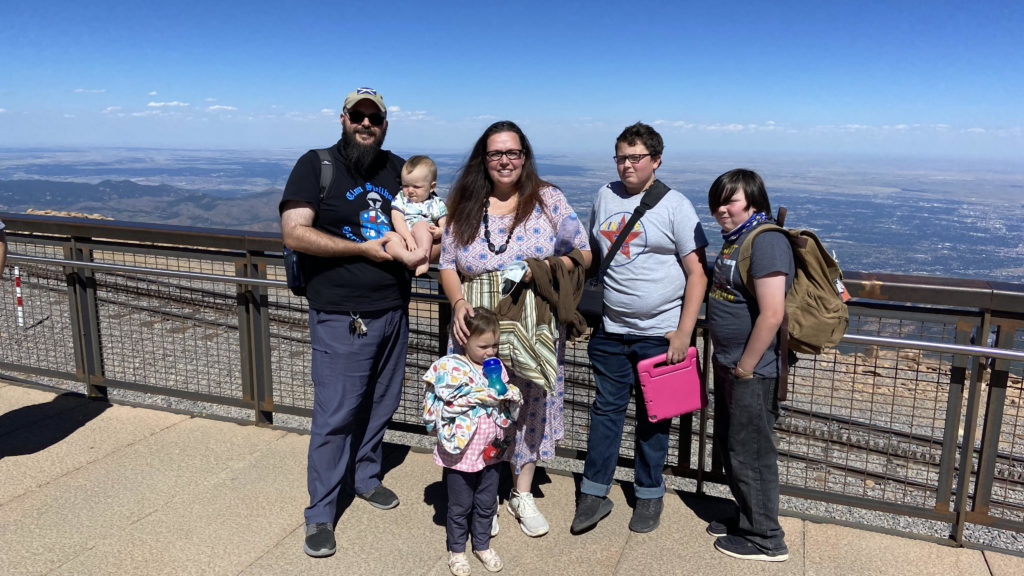 With our van loaded up, we headed out on August 7th.  Our trip took us into New Mexico, Arizona, Utah, Wyoming, South Dakota, back into Wyoming, Colorado, back into New Mexico, then we cut across Texas, Oklahoma and popped into Missouri before beginning our trek home.  Our trip took us from sea level to over 14,000 feet above it! Over the course of our trip, we made quick stops at some churches, dropped off Clan Stellhorn papers, visited with folks, made a few new friends along the way.

We saw a lot of sights we had never seen before, had a lot of experiences we had never experienced before, and as well encountered new frustrations! One of the hardest parts of the trip was a route google maps took us down.  As we left South Dakota, coming from the Badlands, it took us south down into Nebraska and then over into Wyoming. The only problem was about an hour into our trip or so out in the middle of nowhere the paved road suddenly ends with no other paved route in sight. The directions say we were about 10 miles from the Nebraska border, and we assumed it couldn’t be that bad, especially that close to the border of a state. We were terribly wrong. The pictures included here are if the second road. The first road was absolutely terrible, and much worse than this. We could only go about 10-15 miles per hour most of that ten miles. The road was full of holes, a good percentage felt like driving over thick rough cattle guards, there was no one out there, and we had zero cell phone signal. It was a rough situation.

It took a long time, but we finally made it to the end of that road as we saw the crossing into Nebraska, but that wasn’t the end unfortunately.   The gravel continued, it was in better shape in general, but it had rained that morning and this type of gravel road was full of mush spots. With the big van, it doesn’t do great on gravel roads, but on mushy gravel mud, it is even worse. We had seven miles left to go before google showed what appeared to be a two lane paved road on the map. So for seven miles of mushy gravel, hills and curves we navigated it. Several times the van lost traction, a couple times the van began to fish tail and slide toward the edge of the road, but was able to correct and keep us going. It was scary! The pictures were of parts of that second gravel road when it felt safe to take a picture.

After what took much, much, much longer than what the ETA said it would take, we made it to the paved road and a sigh of relief came over the entire van. We sat at the intersection, at that stop sign a moment just taking a breath before turning onto the paved road. We had planned to eat sandwiches, but after the ordeal, we decided we needed to stop for a while and recover. A somewhat larger town was ahead, so we stopped at a diner and collapsed into the chairs. Afterwards, we ran into the car wash and sprayed down the coating of mud on the van, and then took time to walk through Walmart just to rest a bit before continuing down the road.

For the rest of the trip, I wouldn’t even mess with a gravel road again. It was an adventure and funny enough…Gideon slept through the whole thing! Before beginning the journey that day, he had taken a Dramamine for motion sickness, so he was well rested that day, while everyone else was not! 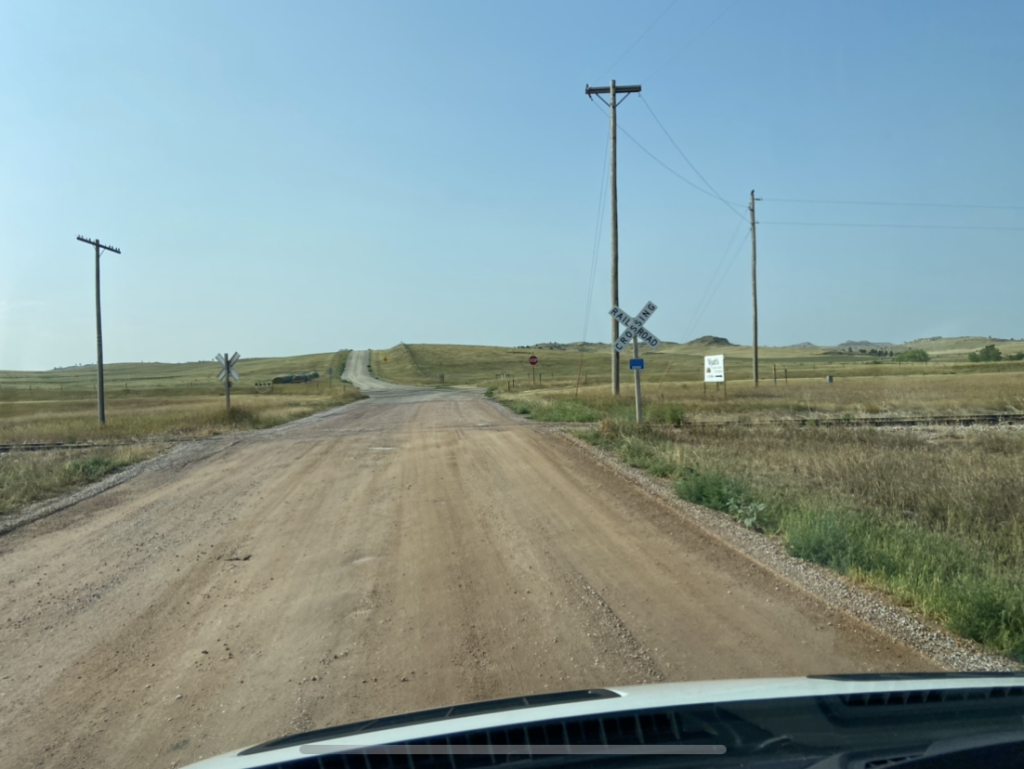 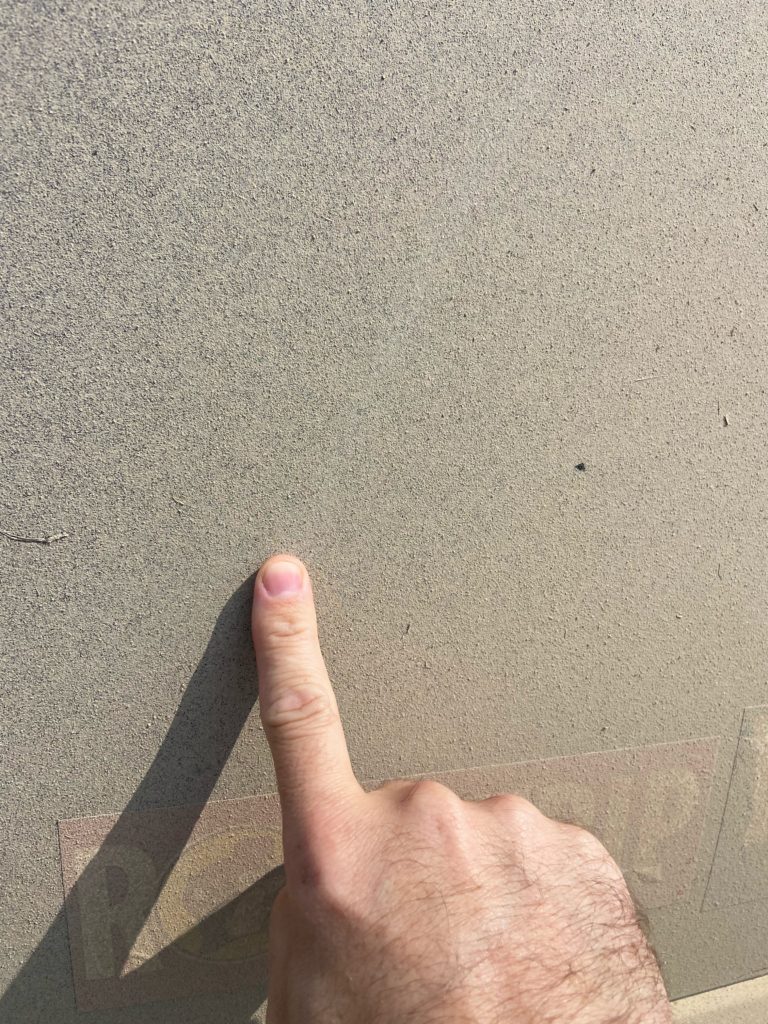 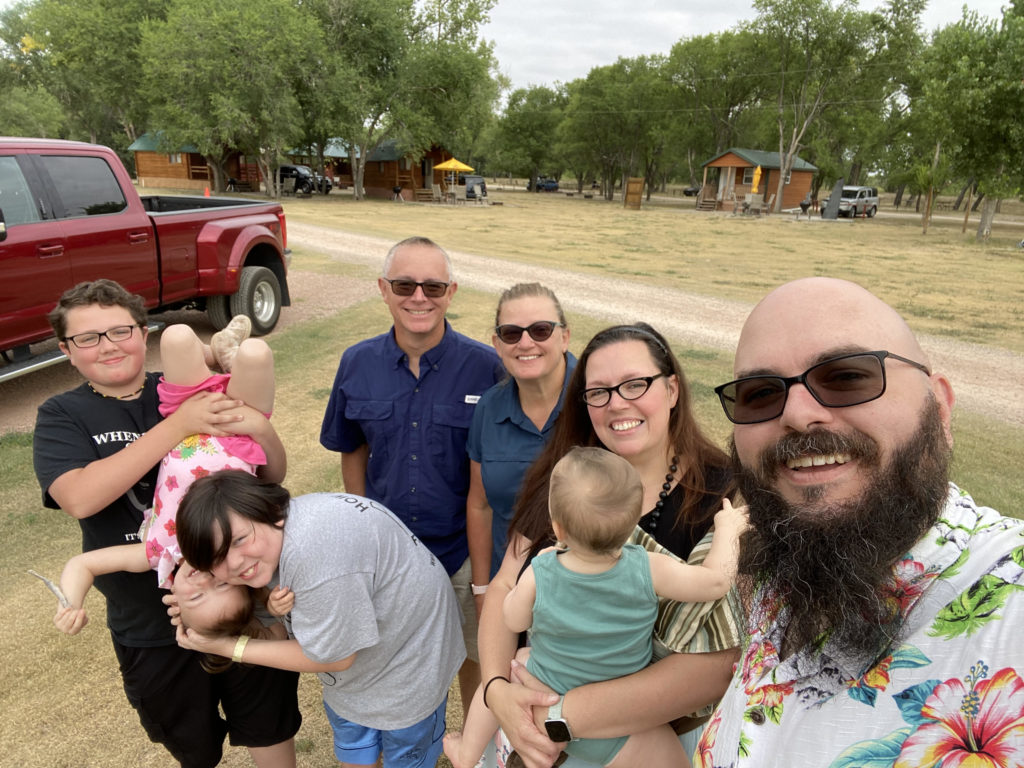 In South Dakota we met up with the Jacksons who are working at a KOA. They invited us over one morning for breakfast at their RV. It was awesome to have a home cooked meal after two weeks on the road, and it’s always great to see friendly faces that you know after being gone for a while. When we move to Scotland, it’s the same way. We will be leaving almost everyone we know, but its great to know that there are folks in the country that we know as well. We won’t be alone, and have others we can reach out to if needed.

Toward the end of our trip, we made some last minute changes to our route. We decided to divert to western Missouri, which took us through Tulsa. Back when Shannon and I were first married, we lived in Oklahoma for a bit. It was a rough ministry, but we had some amazing students. We had hoped to be able to see a few more, but our time constraints prevented it this time.  We were able to meet up at an old meeting place for Mexican food, and visit with my friend Steven. Steven and a few others were over at our house almost all the time during our time in Oklahoma. I’m quite proud of Steven, he served for a time in ministry and is now a police officer. There’s a lot of good memories there. 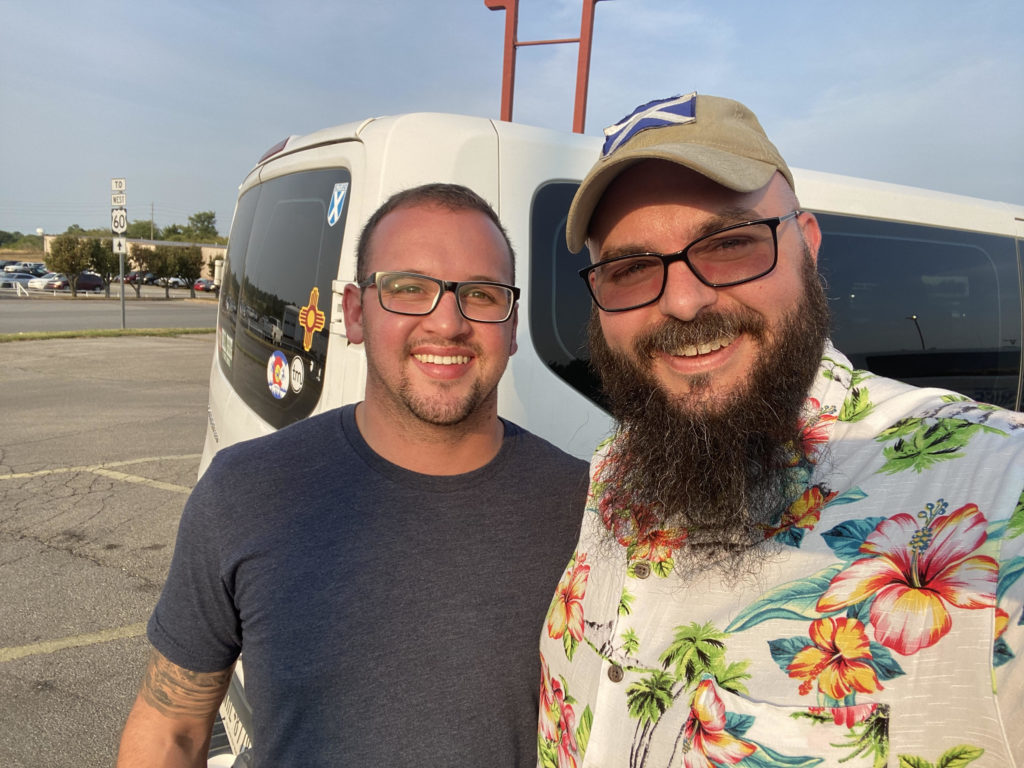 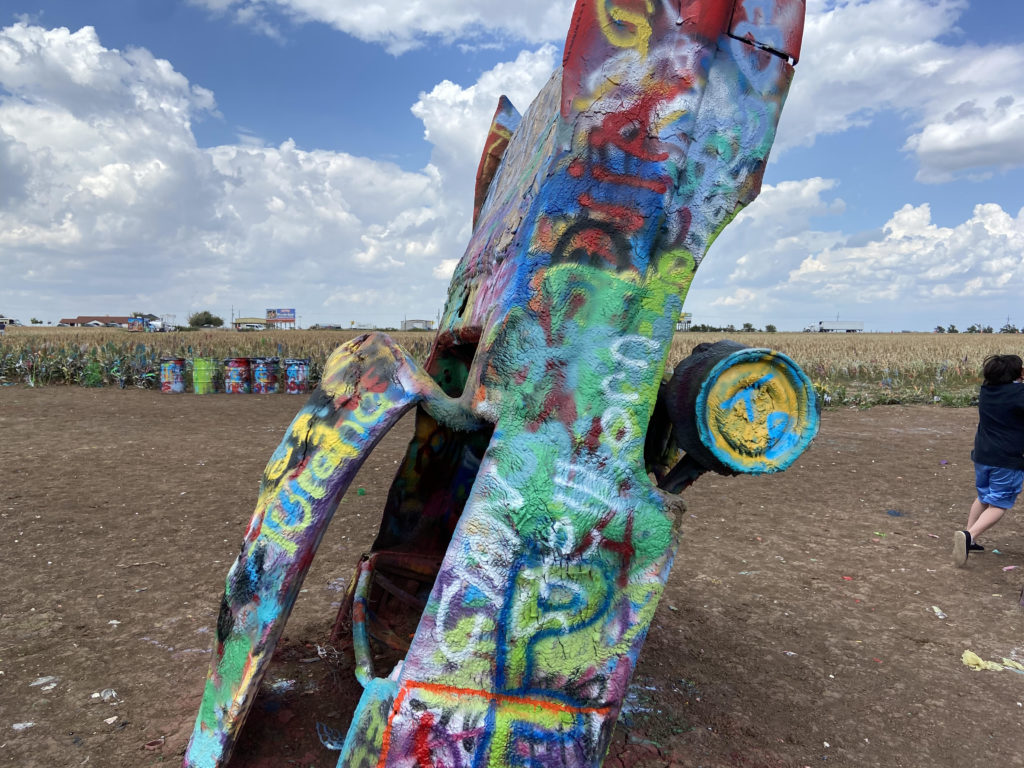 In Amarillo, we represented the Clan at the famous “Cadillac Ranch” by spray painting “Clan Stellhorn” onto one of the cars. As we passed through other states, when able, we dropped Clan Stellhorn papers off at some of the churches we passed by. If you’re friends with me on Facebook, you can see even more pictures and stories from our trip as well. It was a great time by all. We lived out of suitcases, and gave a brief glimpse into what it will be like as we take the step of transitioning out of the country and pack our life into suitcases. 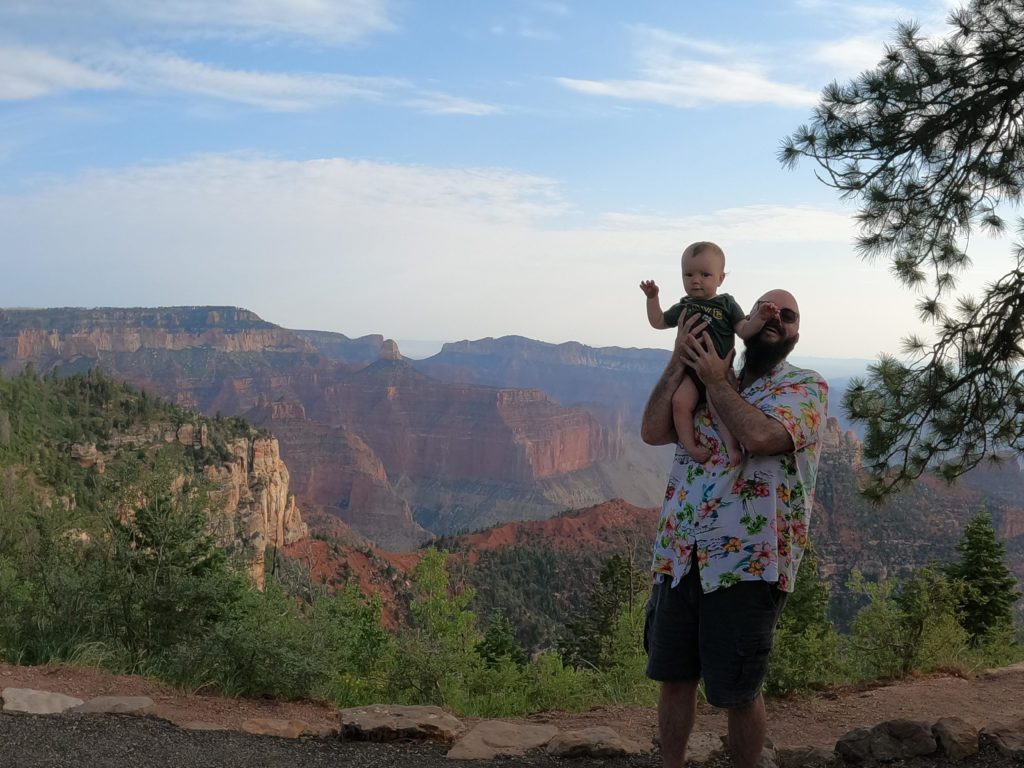 As we enter into the fall, we will begin our end of the year push toward the goal to finish raising our monthly support! We hope to launch our next step, and that is called, “The Chieftains”! “The Chieftains”, are a team of people who are passionate about what God is calling us to do, and want to help us get to the finish line as fast as possible. In a brief description it is a “Support Raising Leadership Team”, but as well its a support team all around. We can’t Lone Ranger it and for the long-term, it’s much healthier to have a team! If you are interested, please reach out to us.

We want to always be the church where we live.  We live in an apartment complex currently in this transition period before moving overseas. We try to serve others around us when the opportunity is presented such as taking brownies to new folks we meet, sharing and meeting needs when possible, but being an apartment complex, this is the sight you see often: moving trucks.  We don’t always remember to take pictures, but was able to snap this one on Saturday. We arrived home from errands to find some new folks moving in to one of the second floor apartments. So with a Dad joke and an offer to help, we began to help them unload the truck. I know that after all of our moving, an extra hand is always welcome.  When we move to Scotland, we will be doing the same things as we build relationships and love on folks! 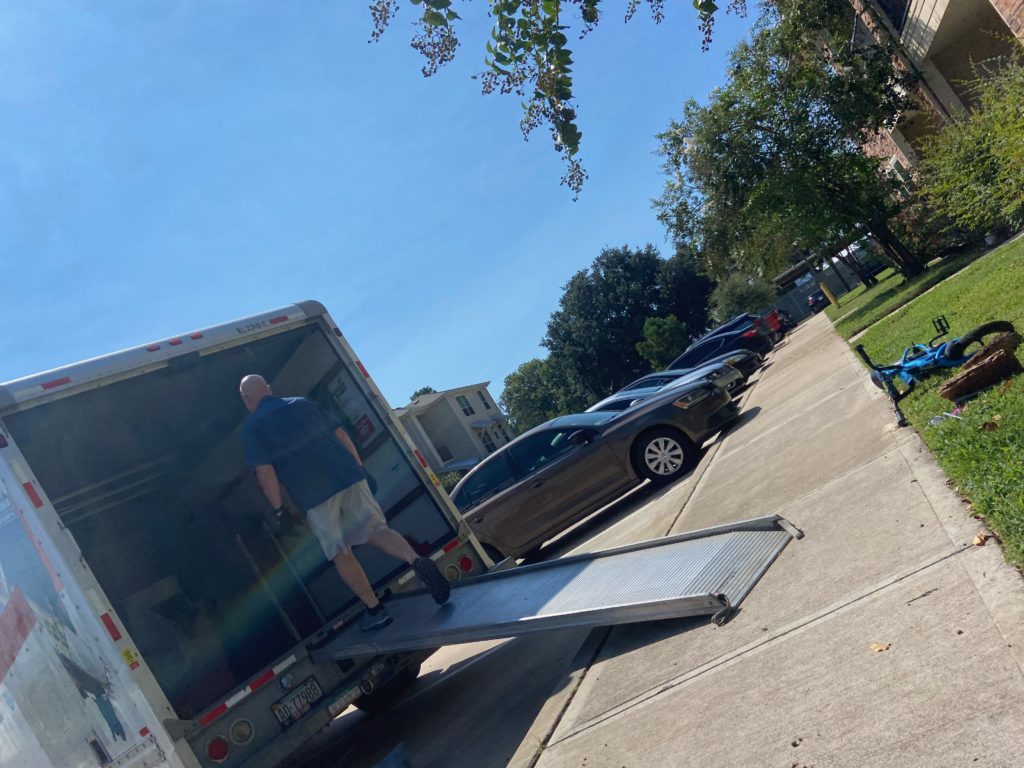 All the travels ahead!

We are very excited to have some new supporters the last couple of months, and are praying about a couple churches that we hope join “The Clan” soon as well! As we move into the next few months, it is looking like we will be back on the road and in the air!

In the last few days we spent some time in Dallas “cold calling” churches to pass along info about us and mission plans. We hope to do the same in other locations around Texas as time allows, but here is the big stuff:

In November, plans are in the works for Shannon, I, and Cullen to fly over to the UK. We have been invited to participate in a conference with, “The Fellowship of Churches of Christ” and meet everyone. Afterwards, we will travel toward Aberdeen to meet with a couple who are independent missional community builders (church planters) whom we are praying about working alongside when we arrive in Scotland! This is our pre-launch research trip to help put our plans in order!

In January we are scheduled to attend pre-field training in North Carolina. Both in November and January we will be driving quite a bit, as we will drive to Missouri to drop kids off with relatives while we are in Scotland, and to visit for Thanksgiving upon our return. At the beginning of January, we will make the drive to NC for training. We do have specific needs and support we are raising for these two trips if you would like to give a special donation toward travel costs.

We would love for you to be a part of “The Clan”! If you feel called to begin supporting us monthly, please contact us or go to our support page to begin today. On our New International page you can setup to give via credit card or bank account, choose the time of the month, and to have it set to auto as well. You may also give through checks or one time giving!

We want to thank you all once again for stopping by our page for this update, for following the journey, and for all the support and prayers. 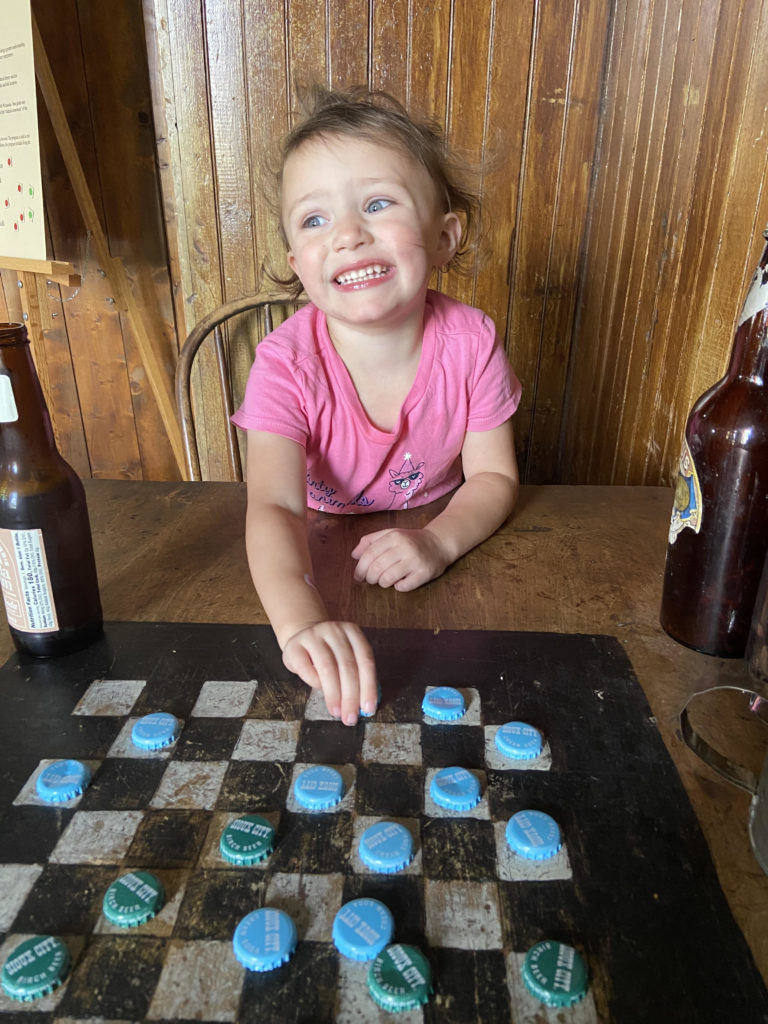