As we come to the end of November and move into December, here is your monthly update!

During the month of November we received some great opportunities to share about Mission Team Stellhorn!

The week of Thanksgiving, Christopher shared with DeSoto Christian Church about the current needs in Scotland and our desire to help out. We were able to share our love for the country and for the people who are serving The Kingdom faithfully.  DeSoto, Missouri is where Shannon grew up, so it was an amazing invitation to receive while we were in town. While visiting Joe Lieway, a missionary to Liberia, spoke as well that morning and shared a great message about Daniel 3 and his life in service to the gospel. 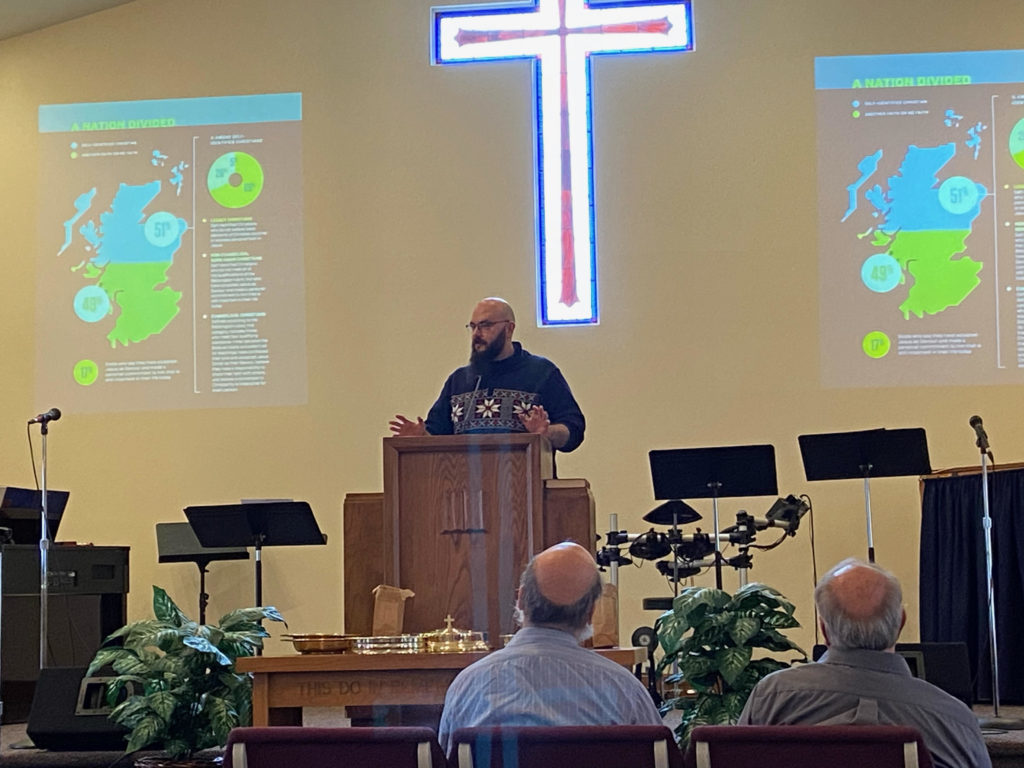 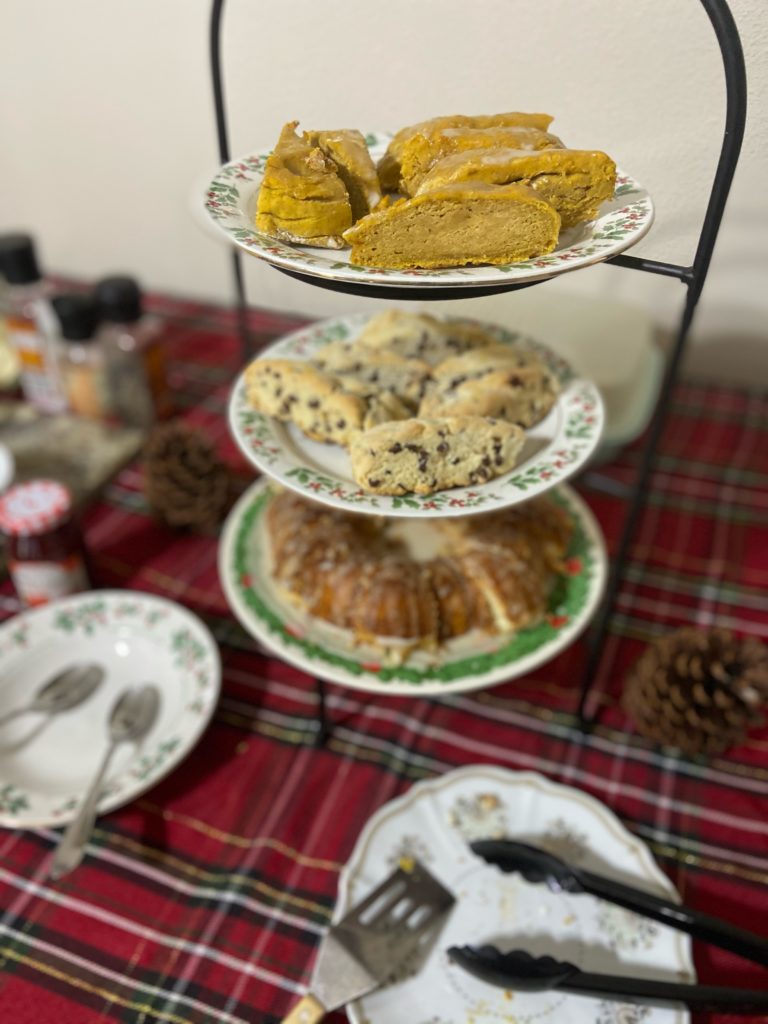 In November we also had our first Mission Tea & Dessert gathering! It was a small group gathering over some food, drink and conversation about our future mission work. We also presented our mission budget to the board at Cypress Crossings Christian Church where Christopher has served for many years.

The rest of the month we had face-to-face meetings and Zoom meetings with some great folks!  We are always thankful for each opportunity we receive to share about our mission plans and often it gives us a chance to walk with others through this phase of life. This month, as you might expect, there has been a loss of family connections to loss of jobs. It might feel like there are difficulties around every corner, but so are great friends and traveling companions to remind us we are not alone. Please don’t be afraid to reach out if you need an ear.

This November we decided to make the visit to Missouri, where Shannon grew up. First, because it had been several years, second because it could be our last time in a long time coming this way.

Shannon & Cullen flew into the St. Louis airport, while Chris & the rest of the clan drove up in the big white van. Since our last trip up here a lot of roadwork has been completed, so the former 13-14 hour drive takes about 11:45 now and with stops about 12 and a half. Road improvements from two lane, to four lane roads, plus the increase to 75mph over much of Texas and Arkansas makes a big difference.

We spent time with family, making local connections, climbing trees, rolling down hills, Christmas shopping without the kids and some Christmas outings. It was a good visit with lots of good food and some great cold weather we have been missing!

We spent Wednesday prepping for the big day, and on Thanksgiving ate a buffet of Turkey, dressing, sweet potatoes, mashed potatoes, green beans and your pick of four different pies! The morning started as tradition with homemade cinnamon rolls and ended with a tradition Thanksgiving film with the family. 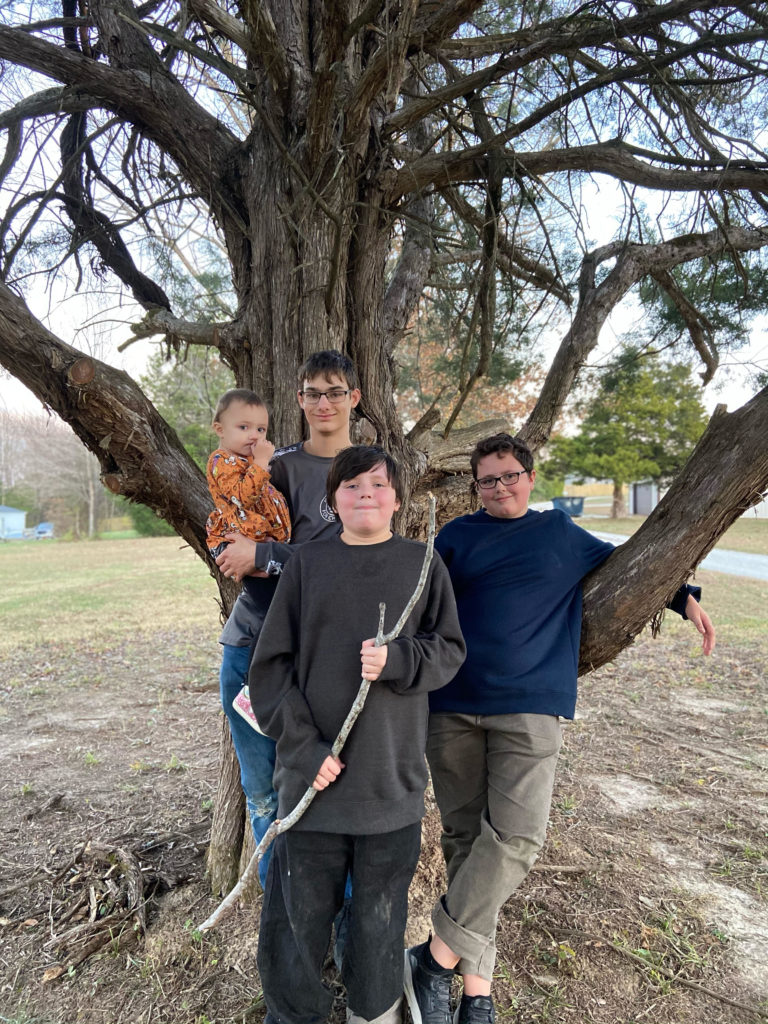 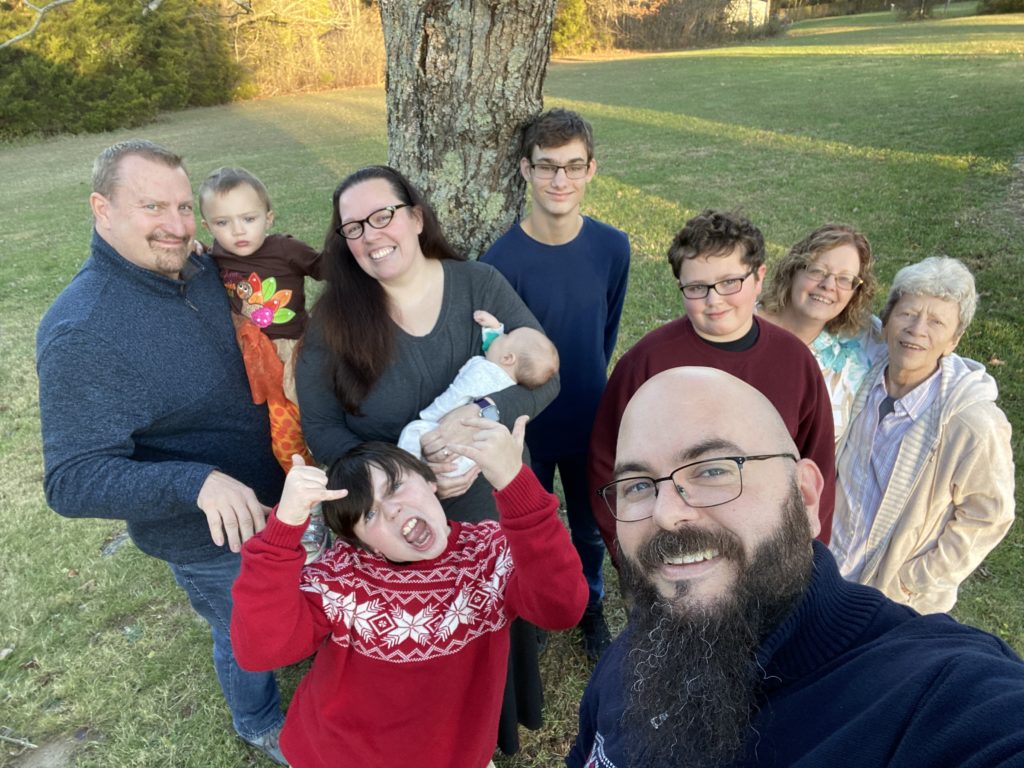 I, (Chris) awoke Thanksgiving morning after a rough night of sleep a bit groggy for the day, feeling a bit beaten up after the year we’ve all had and discouragement trying to move in as the traditional Thanksgiving Day parades were not taking place. Though, while holding baby Cullen in my arms, I spoke to him about how thankful we are that he is here for his first Thanksgiving and how special he makes this particular day, I began to feel much better. A little thanksgiving goes a long way to heal our downtrodden hearts and with the year we’ve had, carrying on the daily thankfulness challenges we practice in November would be a good discipline to continue, it might just save your heart from being crushed.

Hands down my (Chris) favorite Christmas movie is, “A Christmas Carol” based on the 1843 book by Charles Dickens. With the count of Carol themed films in the hundreds you have your pick from book loyal to lightly inspired, from the 1984 version starring George C Scott to The Flintstones! Its in the middle ground we find a film that’s heart is loyal to the story, while incorporating the magic of Jim Henson, this of course being, “A Muppet Christmas Carol”.

One of my favorite songs from the film is, “Thankful Heart”, the song Ebenezer Scrooge (Michael Caine) sings after his Christmas morning redemption, in the song Scrooge relates his change of heart from a life based in fear to a life based in faith. Video below.

With a Thankful Heart 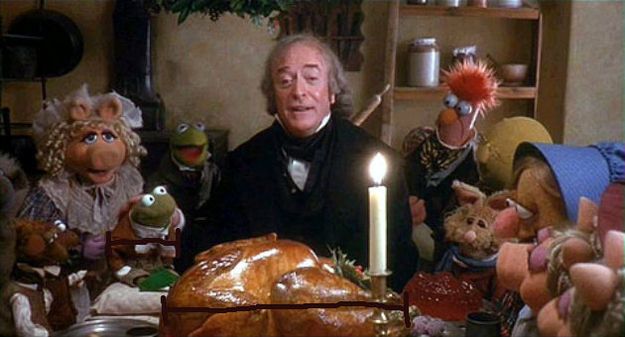 “With a thankful heart, with an endless joy. With a growing family, every girl and boy. Will be nephew and niece to me,
Will bring love, hope, and peace to me. Yes, and every night will end and every day will start-with a grateful prayer and a thankful heart.”

These words for me, more than just about any other song ever written voice what I want my own life to be, a life based in the pursuit to make others feel like family, to know they are not alone and always have home.  “With an open smile and with open doors I will bid you welcome. What is mine is yours.”

If there’s a verse that I hope to put more and more into practice into my life, especially this upcoming year it is Psalm 68:6a, God sets the lonely in families, he leads out the prisoners with singing;

There is a lot of transition taking place right now. We are clearing through our house, sorting and selling things we don’t need, boxing up family heirlooms for storage, and preparing to put the house on the market early 2021 while we move into a rental on our journey toward our big move. There’s a relief that comes from minimizing life, as we practice the discipline of simplicity it unloads us from some of our burden, but the process of removing the familiar and replacing it with the unfamiliar is never an easy adjustment at first.

Prayer: Please pray for us to find the right rental for our family and for the clearing out process through January.

For Sale: We will have two large garage sales to help us do some final clearing out of the house, one in December and the other in January, you can find out information and dates by going to our Facebook page.

You can also check out the items we currently have on Facebook Marketplace here: Chris & Shannon’s Marketplace
Assistance Needed: We will post dates and times on the Facebook page and should know better by the next newsletter/blog, but in mid-January we could use help moving our basics from our home to our rental. Any extra hands and vehicles will be greatly welcomed!  Or helping us clean up and prep the house for going on the market as well.
Mission Meetings: We are continuing to have face-to-face and Zoom meetings if you and your family wants to hear more!
December Mission Tea: If you are interested in December’s Mission Tean & Desserts, please RSVP on our Facebook Event!

Several years ago I gave a sermon over the topic of Thanksgiving. This November I recorded it for our Vlog. If you want to hear the abbreviated, but amazing story of Thanksgiving, please check it out!

As we close out this month, we just want to wish you a final Thanksgiving greeting from us to you. Thank you for your support this month, thank you to those who joined Clan Stellhorn this month to help us serve.

Thanksgiving Greetings from the Stellhorn Clan as November progressed very quickly! Last blog we laid out our itinerary for November and all

A Bunch of October Treats

We have much to share this month from family stories to mission updates, and we hope you’ll enjoy catching up together!  As

The Summer as it Comes to an End Let me start by saying, THANK YOU to everyone who is walking the journey