M and G started care with me in the first trimester of their third pregnancy.  M had previously used A Sacred Journey Midwifery Services for her previous delivery, and was excited to be planning another home birth.  You can read about her first homebirth here. 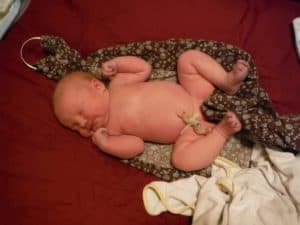 M’s pregnancy was a bit harder than previous pregnancies between fatigue and nausea, and then followed gestational diabetes.  I know she was bummed to have to deal with GD on top of being pregnant and the pregnancy cravings that pregnancy brings, but I have to say she was amazing with things, and was able to manage her GD with diet changes and exercise.

M called me at 126am on her due date letting me know she was experiencing strong, regular contractions every 4-5 minutes, lasting over a minute since she got out of the bath an hour earlier.  Since her previous labor had gone fairly quickly once active labor commenced, we agreed I should be on the way. 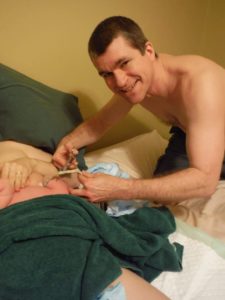 I arrived at 210am, finding M laboring peacefully on her right side in her bed, gently moaning with labor waves.  The lights were dim, and M was in her birth zone.  She let me know that she was starting to feel some light rectal pressure at the peaks.  The birth team started to move along with getting the birth pool set up, and everything we needed for delivery ready.

Mom and baby’s vitals were all perfect.  I did an exam at 234am, and found M to be 6cm dilated, 100% effaced, and baby at a 0 station.  Her cervix was soft and stretchy, and I could tell labor would not last much longer.

M continued to labor on her side in her bed, patiently waiting for the birth pool to fill.  The sounds of birth becoming more and more clear.  M wanted in the birth pool, and she was not having a baby without it! 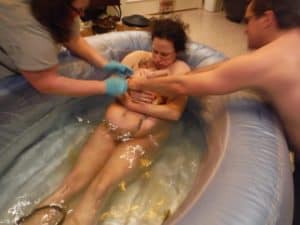 M’s water broke at 305am, just as the birth pool was ready for her.  After a birth wave had passed, M walked faster than I have ever seen to the birth pool in the other room, and got into the warm water in a semi reclining position.  With the next wave, M began to spontaneously push.  Things moved quickly.  The head began to crown at 313am, followed by the rest of the baby a minute later. 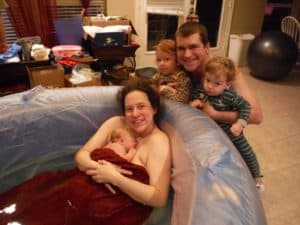 M and G looked at their sweet team green baby and found out their tie breaker was a sweet little girl!

Welcome to the world, Zipporah!  Born earthside on January 22, 2019, weighing in at 9lbs 2ozs, 20.75″ long.  Big brother and sister were definitely in love with their precious new sibling. 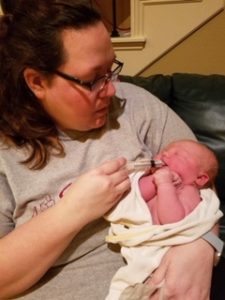 Miss Zipporah needed a little help to stabilize her blood sugar, so I assisted in giving her some donor milk, which immediately regulated her blood sugar, and she never had an issue after that.

I was such a joy and honor to get to work with this family for a second time.  #sacredjourneymidwifery